Waiting for a Baby, Part I 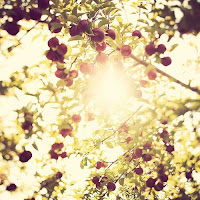 IreneS
He was due November 22. Our last check up was at 38 weeks gestation, measuring 3cm and 50%.

My doctor looked at me with a smile, "Do you want your membranes swept?" Without hesitation, "No!" came out. We both laughed, mine tinged with anxiety, and she just saw the humor in a very pregnant woman not wanting to push the process...if we didn't have to.

I liked being in that position, getting a say in the YES OR NO. With our first, the doctor told us to step on over to the hospital because an induction was needed. With number two, we were faced with a "ready-or-not-here-we-go" moment.

We walked out of that check-up with our next appointment scheduled in less than a week, on the afternoon of November 16, which included an ultrasound requested by Espi. He wanted the peace of mind that fluid levels were safe since this was an issue with both of our girls. We couldn't know at the time, but that next appointment would be MINUTES AWAY from the birth of our son.

Worth noting, our doctor NEVER had concerns with any measurements or test results during this pregnancy. Even my Group B Strep*, which was an issue with the girls, was NEGATIVE this time.

The night of November 15, I drank my raspberry tea while doing a good stretch of yoga. And I slept unusually well.

While stepping out of bed the next morning, I felt very strong lower pressure. After showering, I remembering telling Mom, who arrived a week prior, that this boy felt READY. For a change, I rested on the couch that morning while Espi started work from home and Mom prepared breakfast for the girls. 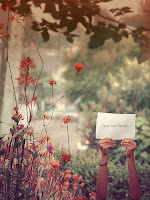 collected on Sabino
About 7:45am, I recognized a rhythm of low discomforts and began to track them. Contractions were long enough and close enough together that Espi and I packed the truck for the hospital. Driving, we were excited but pretty quiet as I continued to track my contractions. Joy and peace was added to the moment, when a new song by Lee Ann Womack came on the radio called "There is a God." The music and words were a gift from Him, a reminder that He was along for the ride, too......

*I spoke with a midwife and learned that Group B Strep is often tied to an acidic PH level; so I tried to keep my alkaline levels higher in my diet this pregnancy.