A Fond Farwell to Illinois

...and lazy evenings outdoors--lounging in the coolness, picking raspberries for dessert, shooting hoops "with the boys" as the sun sets into the corn field, helping the girls catch fireflies.

(my dad and his brother with the kids::mom with AD)

...and Krape Park--exploring the playground with the kids, picnicking under the mass of trees, watching the girls delight in a carousel ride, and surprising them with a paddle boat trip--which worked up a mighty-good appetite for a cone at the Union Diary. 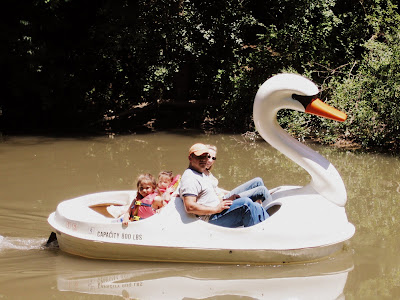 ...having the girls just play the days away on "the farm." 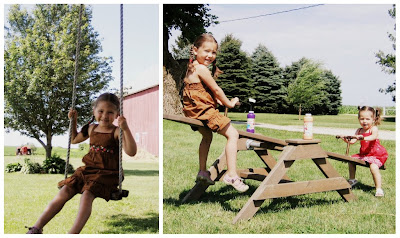 ...and attempting an impromptu "photo shoot" with the cleaned and groomed girls and me that NEVER had a chance...due to a tired, grouchy two year old.

("Come, take my other hand!"::WAITING::now H waits as mamma gets Little A herself) 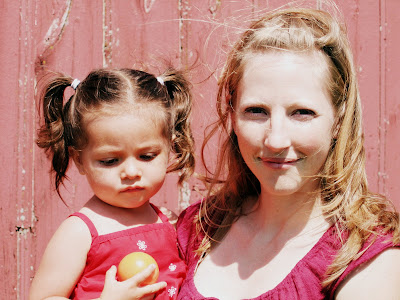 (then "Mamma" realizes this "photo shoot"...is just NOT gonna happen)

...and watching "Grandpa" give a patriotic speech on the Fourth while celebrating our country in my hometown--helping ring their "Liberty" bell with the community, watching the girls on carnival rides, taking in the parade and finally the fireworks that night. 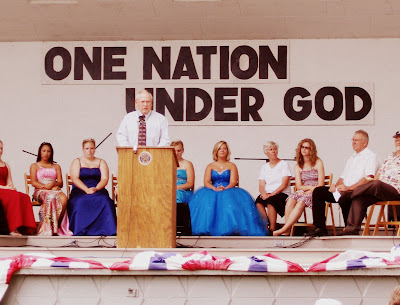 (in place to ring the bell::nearly the whole line that held onto the bell's cord) 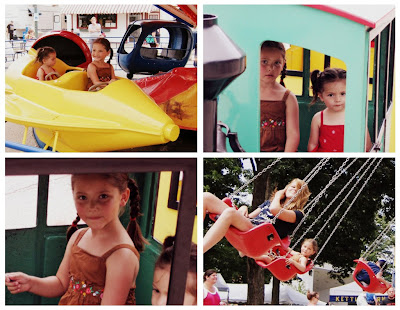 (bright-eyed at Grandpa's speech::deep in sleep, cozy in Grandma's lap for the parade) 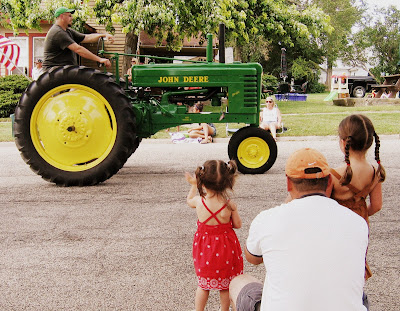 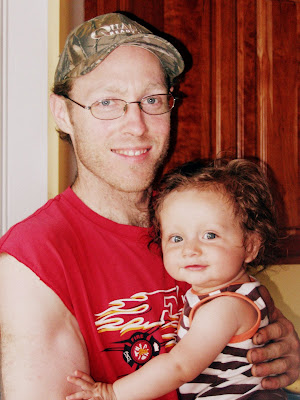 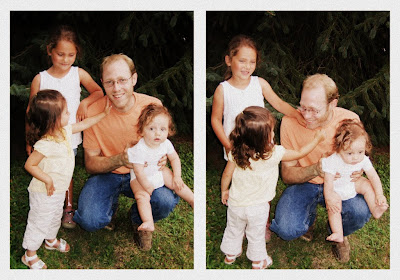 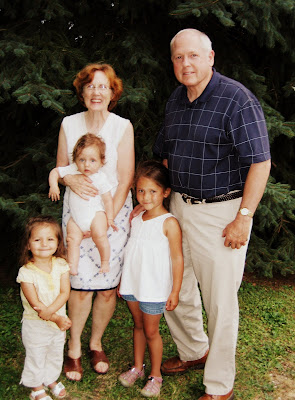 (we love you, Grandma and Grandpa)
...and this great love...but stays in our hearts for one another. 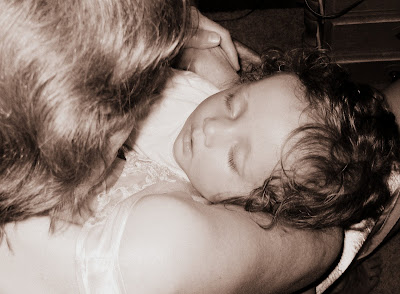 NEXT, one more camping venture as we head back west...
Labels: distant travels family