We arrived south of San Antonio at my mother-in-law's home to sobering news. Espi's great uncle passed on the day before. So on our first full day there we attended the funeral. It was a privilege to hear stories about this relative and meet and visit with this extended side of the family. 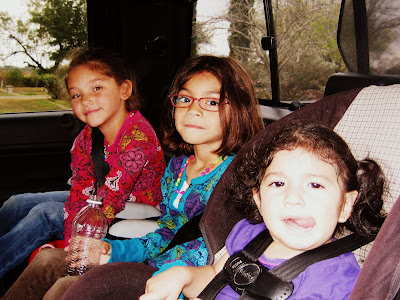 The next day was our 9th anniversary.

It has been full, fun, and challenging years. I am so thankful for Espi, our marriage, our family, our home. God gave me a wonderful gift in him, I know well, but I also know I have and need a lifetime and more to understand the truth of this most fully. 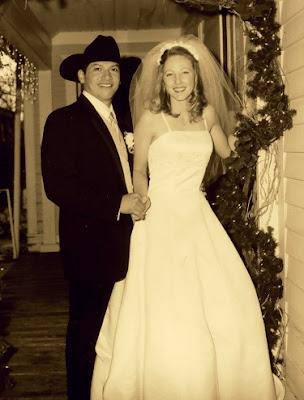 We took off that day for the San Antonio Riverwalk while the kids played with their abuela. It was an 85 degree afternoon but cooled down with a nice breeze by evening.

9 years and 3 months earlier, Espi proposed to me on that riverwalk, a week before 9-11. We had only a 3 month engagement spurred on by that horrific day. We just didn't know if Espi's military brothers would be called to special duty in that near future, and we wanted them to be apart of our day. I am always amazed looking back at how beautifully the details came together given the short time span, and I loved our day in every way.

I must say that San Antonio is one of the most attractive cities I know. Great history. Great architecture. Very picturesque. In my opinion, the Riverwalk is a photographer's dream--so many great details. Throughout our long walk around, I was literally stopping and saying, "Oh, wow! Look at that! Sooo pretty!" numerous time to Espi. 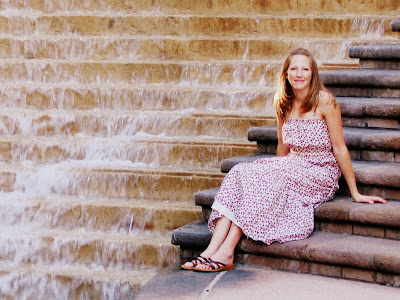 [This was one of the many "oh, wow!" sites, and Espi sent me in for a picture. This staircase waterfall is part of the entrance to a hotel off the Riverwalk, and it was huge.]

[the details, big and small]
Near dinnertime, we chose to get a drink at a certain Mexican restaurant because the mariachi were playing there. Espi requested a song. As he was talking away in Spanish to the two singers, I was sure he was going to ask for one of the two songs played at our wedding. Espi requested a new song titled "Amor, Amor" because he said it sounded nice for our anniversary, but later admitted that he really wanted to request one of our wedding songs, too. In any case, the mariachi sounded great. 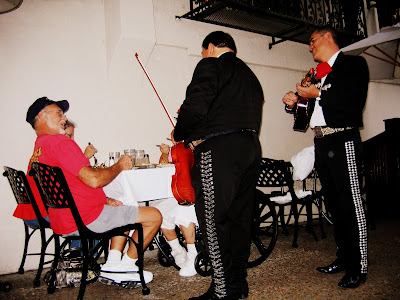 [We "stalk" the mariachi players. After our drink, we walked more before deciding seafood for dinner. Well, these mariachi don't just play at the Mexican restaurant; they float around all the restaurants of the Riverwalk. I took this picture soon after we sat down for dinner. After the song was over, they spilt. I think they were scared.]
Thanksgiving was filled with delicious food and all of my mother-in-law's boys and grandchildren. It was a fun time with family. One of my brother-in-laws and his wife brought over a cowboy hat and cowboy boot pinata filled with sweets in celebration of AD's first. The kids loved it! 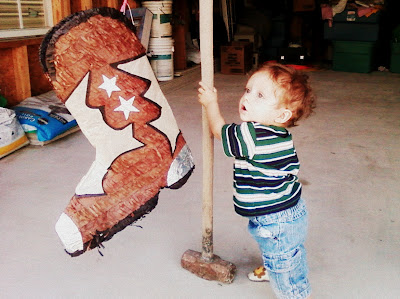 [Ad's setting up for his first swing. Ha.] 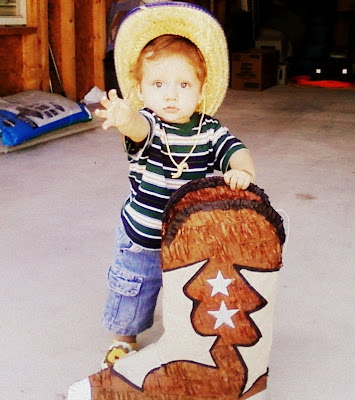 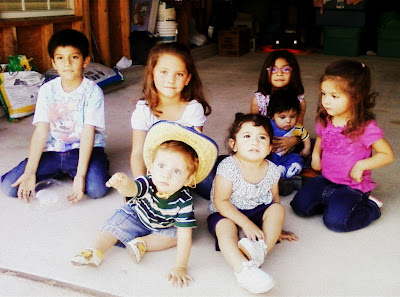 [all the little cousins, before the candy gets scattered!] 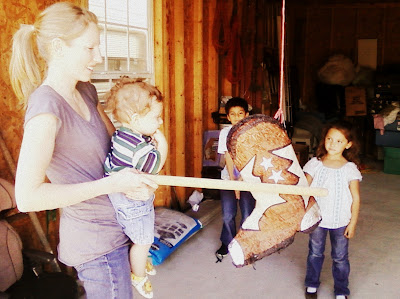 Guess who cracked the boot??
The clip tells all:

I must say all pictures shown after the Riverwalk are from our cell phone. Our 6 year old camera is on its last leg and is now giving us very girly, pink images. Good news: we plan to have a new camera before Christmas. Bad news: the rest of our trip photos depended solely on a cell.
But our last camping trip was a chilly, windy, and short one...
Labels: distant travels family