In the Hands of a Professional

Today AD received his first salon cut, proceeded by his first and only home-cut last October. His hair was screaming for help.
Now his "frog fuzz" shows a little curl and says he's a lot less pretty and a lot more handsome. 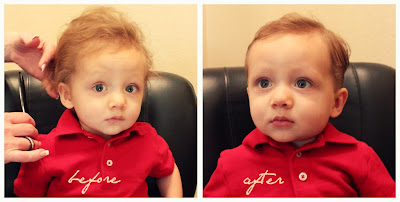 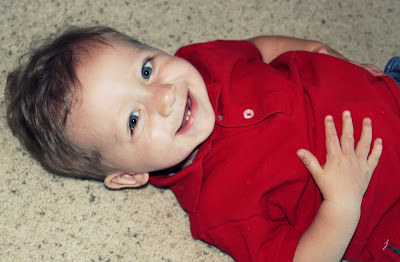 By the looks of it, I would say they both have it a little right.

Newer Post Older Post Home
Love is a heavenly fire that will burn through every difficulty.
[andrew murray, adapted]

lulu
i'm a midwest girl living in rural territory outside denver rearing up 3 imaginative, energetic, little people by the grace of God with my texan friend and husband. a teacher by trade, but currently learning what it takes to full time mother and care for our abode while homeschooling our 2nd grader and preschooler as our littlest chimes in all he can. much joy is found in the garden and kitchen and creating from simplified, repurposed, and restored means. there is no place like the outdoors or being in open, honest, gracious company. i'm seeking what is lovely and True in the everyday ordinary. welcome!

children are remarkable for their intelligence and arbor, for their curiosity, their intolerance of shams, the clarity and ruthlessness of their visions.
{aldous huxley}

no matter where we are, in your presence, Lord, we are home.
{stormie omartian, adapted}