The big plan for this final week was "finish the projects that we started." Top that off with the normal work week and fitting in some more sweet times with family and friends, and it was pretty eventful. We went into San Antonio one night to watch our friends' daughter sing and dance with a talented group of children ranging in age from 3 to 17. The young set of cousins spent the night with us a few more times. We lounged outdoors in the pleasant evenings just visiting with friends. We saw Espi's brother's new home where he, his wife, and 6 children live snugly and sweetly. Espi's cousins, also, invited us over for a delicious dinner which included homemade tortillas; H enjoyed more than her fill of them and was even given a take-home bag with a few more for later--lucky girl. 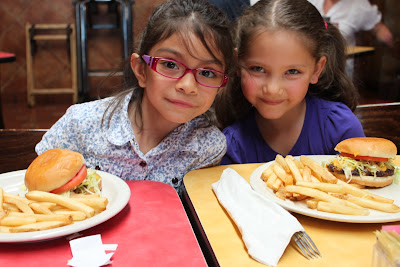 [At Don Pedros for dinner, the cousins had to eat the exact same thing, and note the order of hamburgers at a Mexican restaurant.] 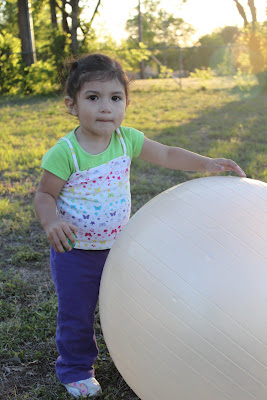 [We watched the sun set in my brother and sister-in-law's backyard, while the children played in the chilly evening air.] 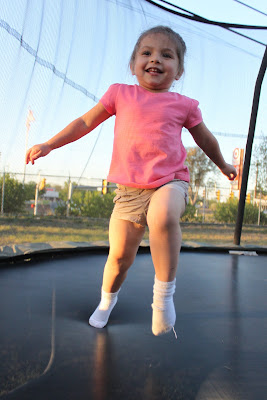 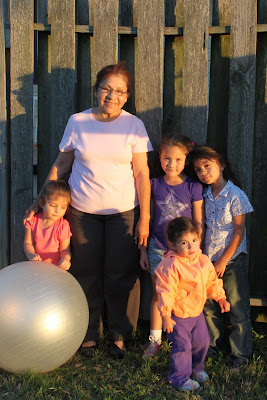 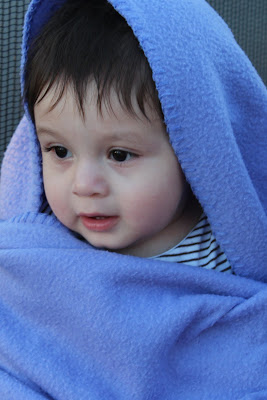 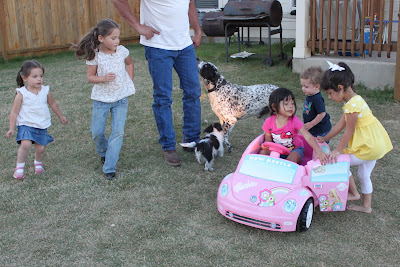 [After dinner at Espi's cousin's home, the children ran loose with the dogs until bedtime called.] 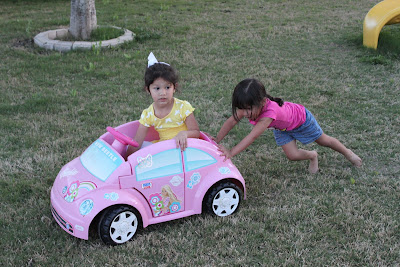 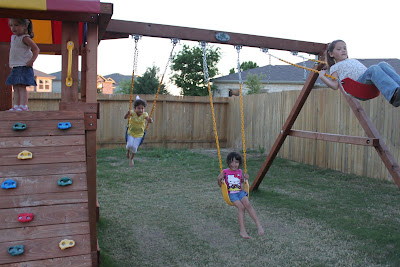 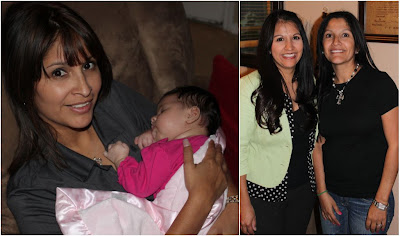 [It was a sweet treat to enjoy casual time with 3 of the 5 sisters. Berlinda, on the right, hosted the dinner at her home; she just had her second daughter (sleeping in Isabel's arms) 6 weeks prior. Dee, in the middle, is one Espi has kept in touch with the most over the years.] 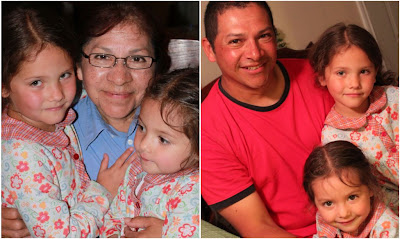 [This was our last night before having to leave. My mother-in-law just got back from work, and the girls had just recently stepped out of the bathtub. Espi, soon after, came in from a big day of finishing up projects outdoors. I think the tired is seen in almost everyone's eyes (and maybe a bit of sunburn on someone's face), but they are precious moments.]

[Then came nighttime nuttiness again. I'll blame it on the homemade lemonade we made and taste-tested just 30 minutes before. These were some very gentle "blows to the face," thus H's smiles.]

I don't know at the moment exactly how many projects were completed. I can tell you that new siding and a garage door were installed, carpeting was laid, fencing added, about a 300 feet long-2 feet deep trench was dug and water pipes and electricity were laid before the trench was filled in again, several water hydrants were put in, a window, light, and faucet were installed. An old picnic frame was restored to make a new table. There was caulking, lots of caulking! It's amazing what love will do!

These show a taste of the transformations: 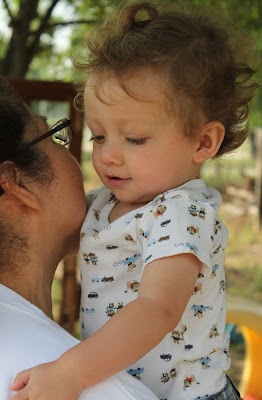 Who knew 3 weeks could pass by so quickly!? But it was time to leave and time to fit in one more camping stay at one of our favorites, Garner...
Labels: distant travels family