Beautiful Colorado {& Sticking to Plan A}

All summer, we looked forward to a long hike, just the two of us. The last time we made such a trip was before H was born at least 7 years ago. We agreed on one of the easiest 14ers Mt. Bierstadt, about 3 1/2 miles up to the peak. The last weekend in August was the plan, but the weather wasn't looking favorable--rain expected from the night of arrival all through our hiking day until the following afternoon. Espi convinced me to go for it. So we packed up, dropped off the kids, and drove up. In the very least, we saw it as a date night on Guanella Pass--definitely beats staying at home! I love my sister and brother-in-law. They took on a houseful of six children while we enjoyed the mountains! 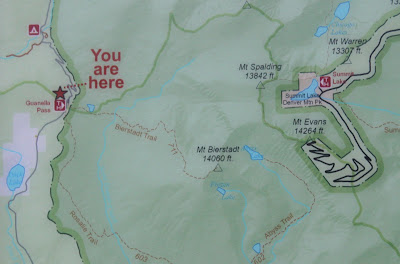 Weather report-night of arrival: high 40s, drizzly, beautiful and peaceful! So peaceful and quiet, Espi and I were wishing for white noise when bedtime came! 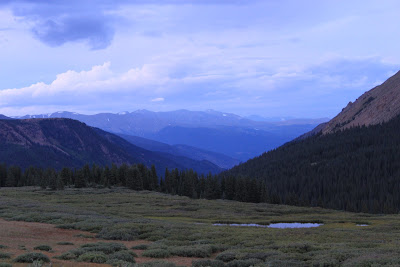 Weather report-morning of hike: 50s and pleasant, clear skies. With a hearty breakfast, we hit the trail at 6:45am, figuring we had better get moving before the weather does come in. 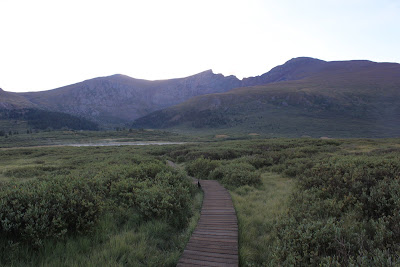 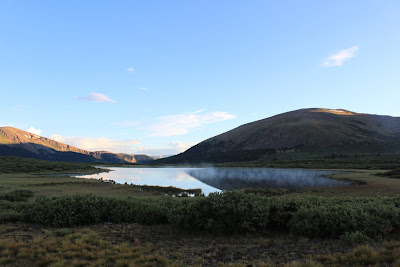 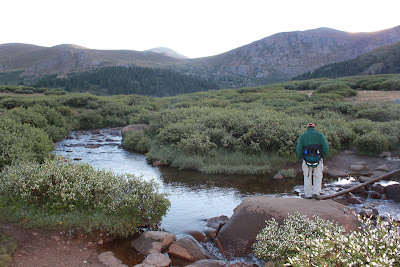 {glad to say neither of us fell in} 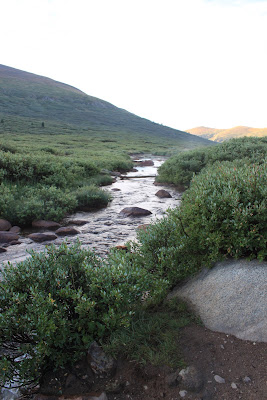 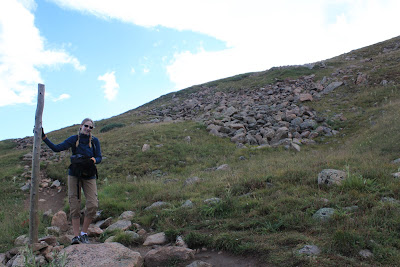 Over half way up, we see thick clouds in the distance coming our way. Plan A: keep climbing and turn back when the rain begins.

Then we see a lone man ahead of us descending the mountain and find out he took off about 5:30am, made the peak, and was working his way down quickly to avoid rain and with hopes to top a second 14er before the day was through. He was nice but intense; Bierstadt was his 10th 14er in 9 days! We were tempted to head down, too, at this point, but stuck with Plan A. 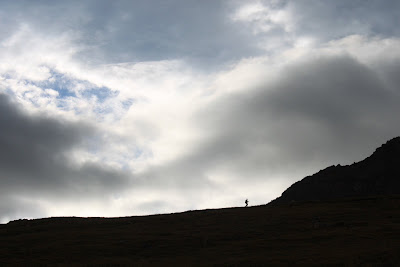 {the first person to reach the peak that day descending} 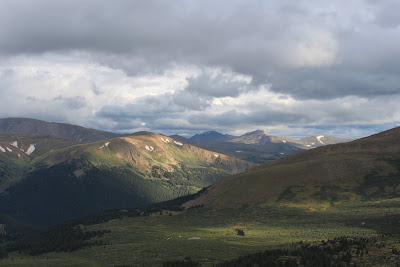 Nearing the exposed rock of the mountain, Espi calls out, "Look at that!" We were about to become engulfed by a thick, ominous cloud. It was awesome. As we watched Bierstadt peak disappear behind a wall of gray, we decided to let go of Plan A (no rain had fallen, yet) figuring we wouldn't have a view from the top now and the rain will be here any minute. So we started our descent only about 30 minutes shy of the peak. Darn. 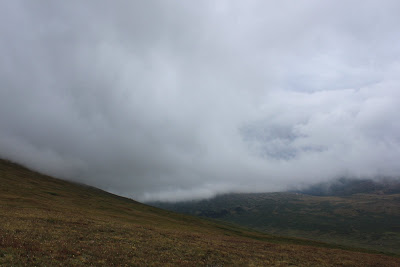 {the thick clouds roll in} 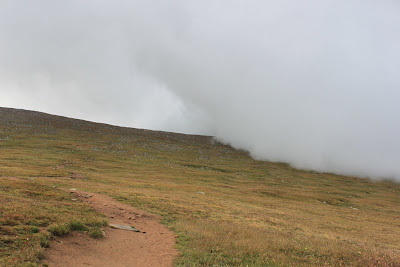 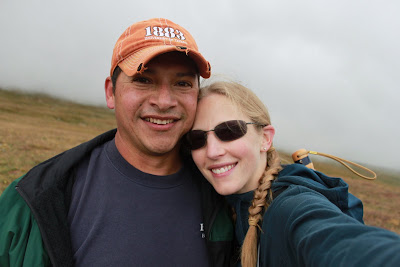 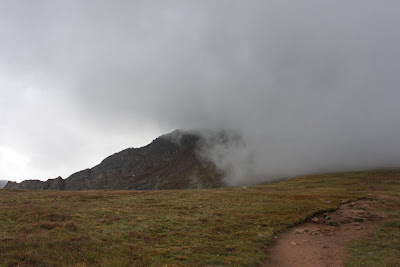 Soon, we passed three women who thought the clouds should just move on through and not cause a problem. Later, we found out that one of the women was a park ranger. I would have felt a lot more confident knowing and following that mountain expertise. 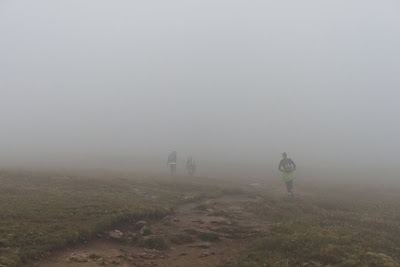 {"the women of the mist" carry on}

Well, about 20 minutes into our descent and after passing about 6 more hikers, we questioned whether we should give it a go with the rest of them but just finished the descent. We did get rain but only drizzles and sprinkles. By the time, we reached the trail head, we were blown away by what a beautiful morning it had been. Overcast instead of intense-Colorado-sun. Cool and pleasant and little precipitation. 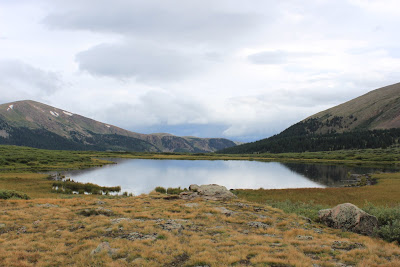 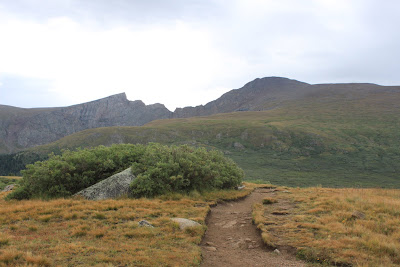 We were back to the truck about 9:30am taking us a little less than 3 hours. So tack on 1-2 hours given our "almost ascent" to the peak, and one should make a very enjoyable Bierstadt hike while allowing some exploration at the top given about 5 hours.

It is such a beautiful and easy 14er; I wonder if next time we can pull along my sister and brother-in-law. That would take a mighty special babysitter, though--like Grandma!?? Anyway, it turned out to be an amazing time considering what the weatherman predicted and what we were given...just wish we had stuck with Plan A.
Labels: local travels