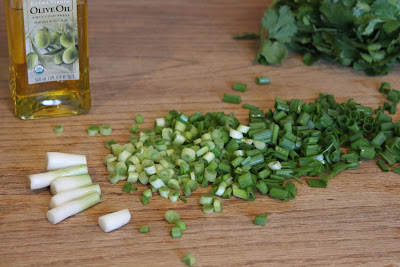 I am sort of sorry to see the soup season coming to a close. But I guess warmth and sunshine is a fair trade off.

This week has been mild and beautiful, yet on one of the cooler days, I took advantage of another soup and cornbread night. We had the fixings for the Chicken and Hominy Soup, originally found here, that we have been enjoying this winter.

I think the first time I tried hominy was while dating Espi. We were out to eat; he ordered menudo. The tripe did (and still does) sound gross, but I tried and enjoyed just the broth with hominy.

This soup broth is not like menudo, but it definitely has a Mexican flare. It is so simple, I am tempted to add a few more vegetables, but it really does taste very good just as it is.

And we top ours with as much chopped avocado slices as we have available. With a slab of my favorite gluten free cornbread recipe, found here, it's good, simple eatin' on a cool night. 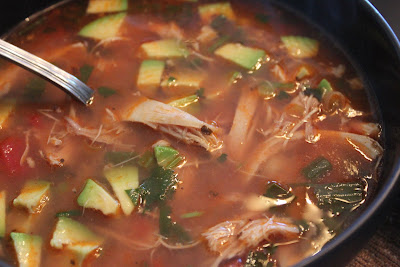 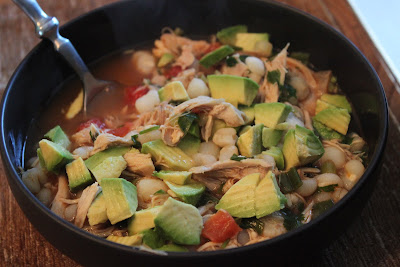 {Espi's chunky version--he, also, was the "lucky" one that found a bone in his soup that night--"lucky" for the kids, too. I had made prep a little easier than I even intended!}
Labels: gluten free recipes