At Civic Green {Then and Now}

I was first "introduced" to Civic Green Park of Highlands Ranch the summer after H was born in 2005. My dear, teaching colleague and her daughter invited H and me to join them for a morning of playing and catching up. 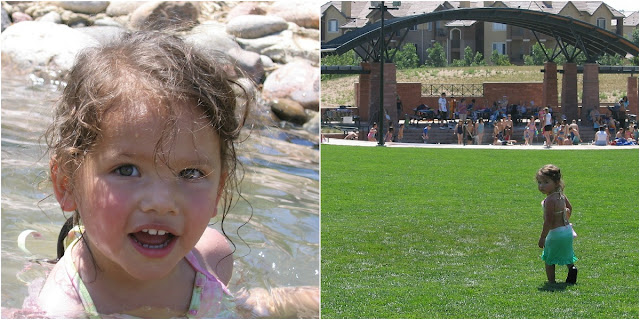 {H in 2007, the earliest pictures of her at Civic Green}
At the time, I had never experienced public spray parks. As a young mom, I fell in love with the idea right away. Free water play and a safer alternative to pools for one parent with multiple little ones. 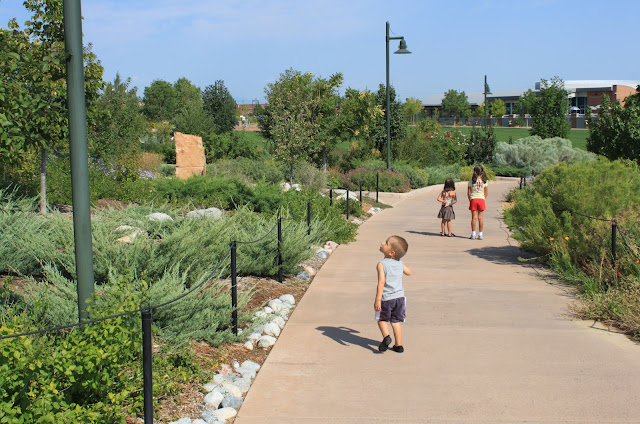 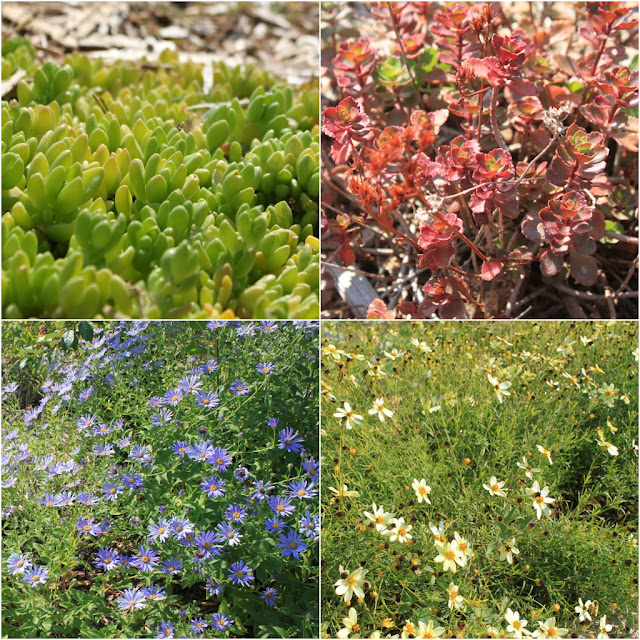 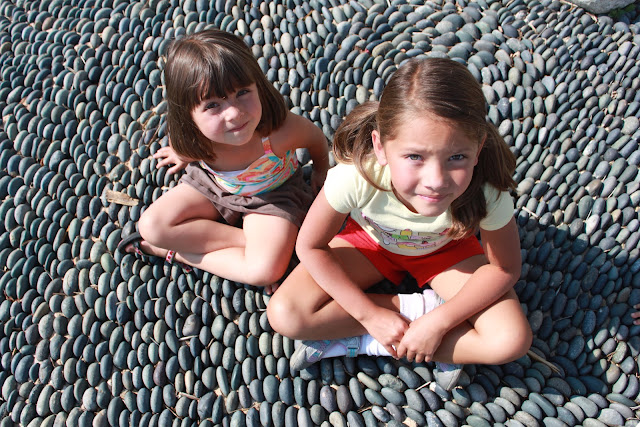 Since then I have seen different spray parks pop up throughout our portion of the Denver area. Some are truly awesome public play and water lands!

Civic Green has remained one of my favorites because of its surrounding flower gardens and its large, open green that give it an element of peacefulness. Even when it's quite packed with families and children, it doesn't feel overcrowded and chaotic like some. And I think our kids enjoy this one so much because of its unique, shallow, man-made river. 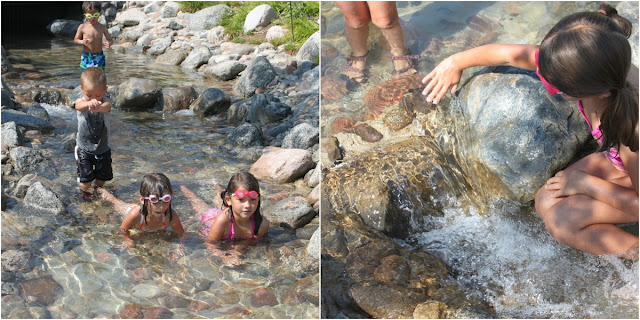 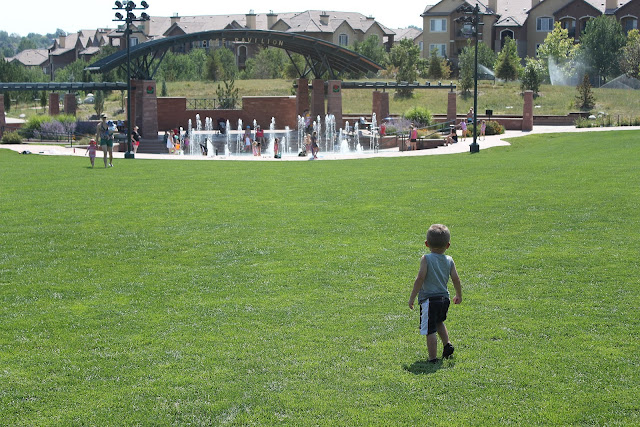 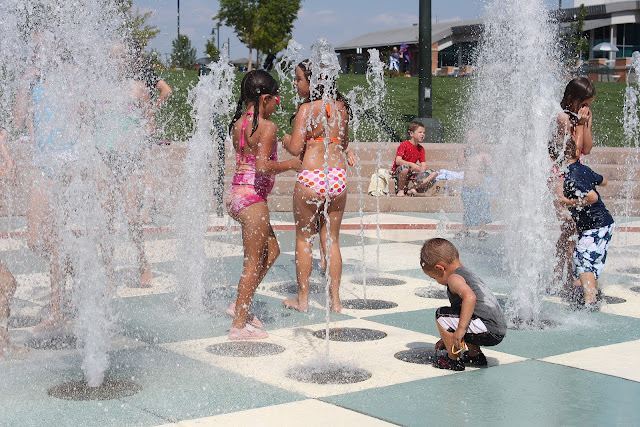 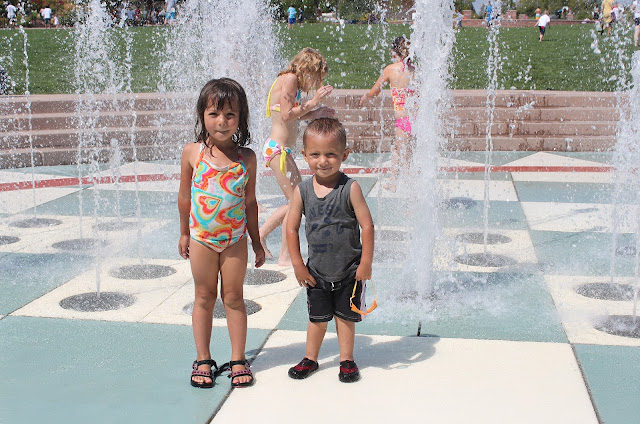 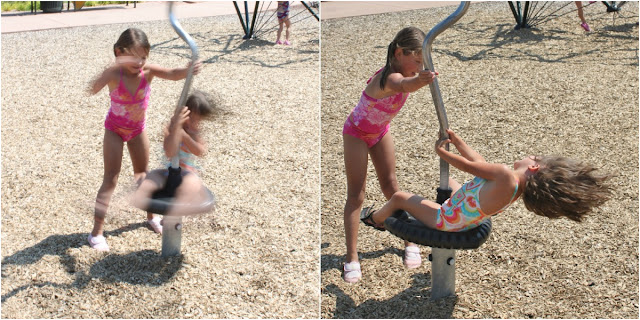 This month, we made the 40 minute trip to Civic Green, spending the morning with a special friend and her three, then picnicking, and playing more in the water until my three were wiped and ready for naps on the drive home. 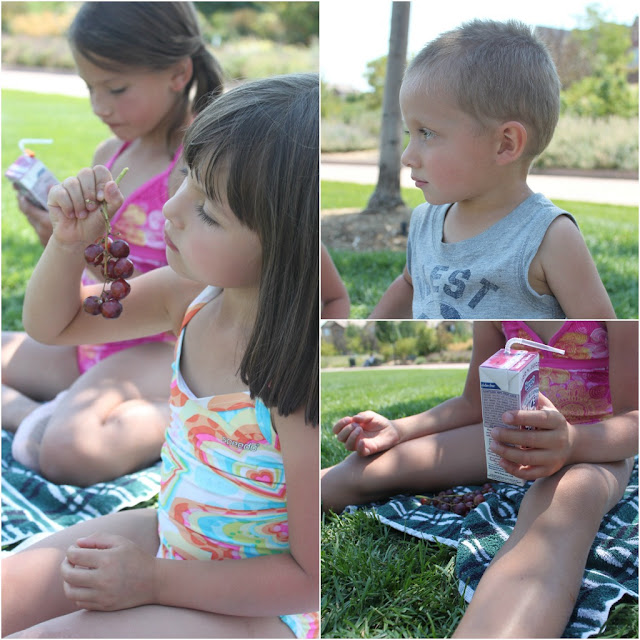 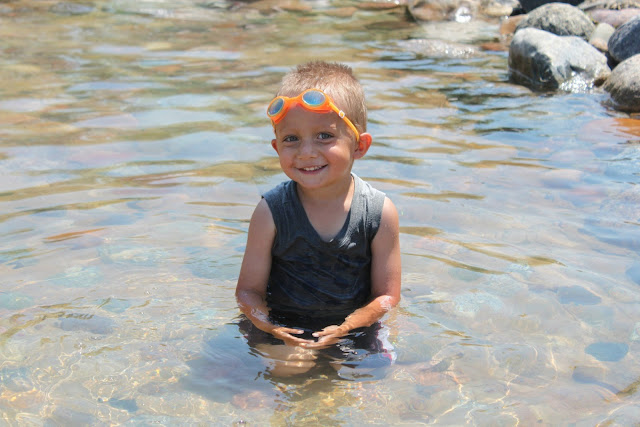 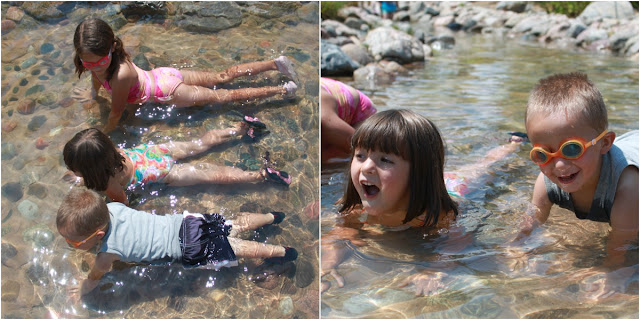 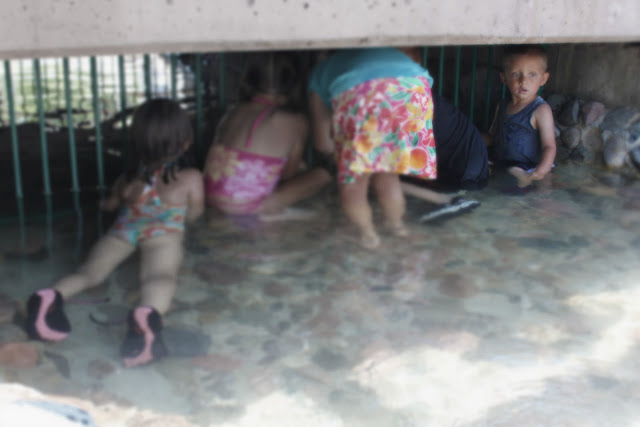 {After playing from about 10 til nearly 2:00pm that day, AD let his beloved, orange goggles loose through this grate at one end of the man-made river. They floated out of his reach making him very sad and distraught. With the help of a sweet brother and sister duo and the park manager's long metal claw, AD left the park with his goggles. But this face of his during problem solving tells it all. Ironically, several days after this event, he tested out a pair of scissors on the band of his goggles, leaving him a bit in shock that his cutting skills left him without a way to put his goggles on again.}
Labels: local travels