I am not a dour God who discourages pleasure. I delight in your enjoyment of everything that is true, noble, right, pure, lovely, admirable. think on these things, and My Light in you will shine brighter day by day.
{sarah young, Jesus calling}
while push mowing part of the property last week, i stopped at a patch of the land mr. e. leaves uncut for a part of the growing season because he knows i love seeing the native grasses and wildflowers.
i had to go inside to grab the camera for a few shots when i noticed a variety of wildflowers. was sharing with a loved one recently that one has to keep an eye out. blooms don't last long, growth phases don't last long, and if one is not watching and doesn't take time to visit the plants for a week or two, one can miss an amazing show.
i fortunately slowed down for the show that day last week because i can't find some of these wild blooms on the land now. 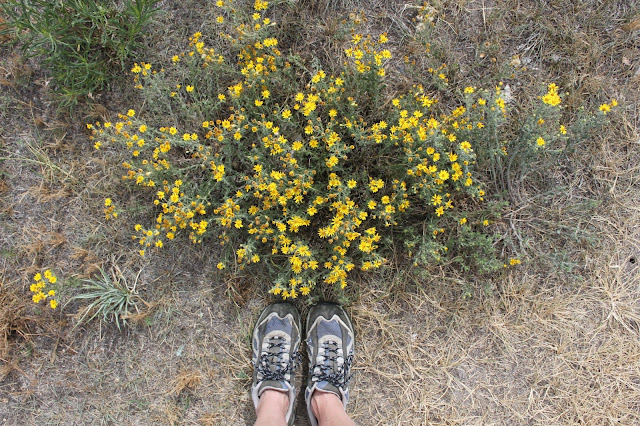 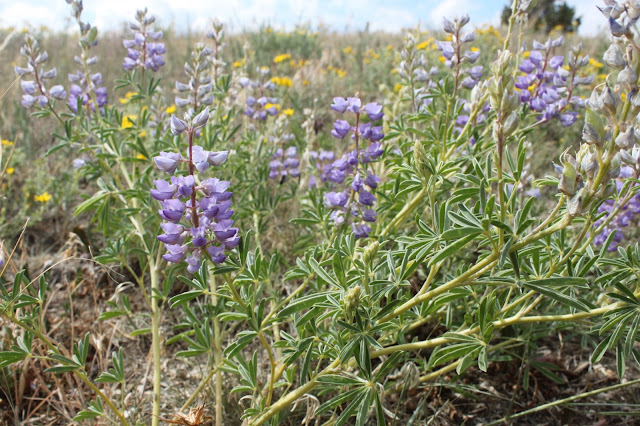 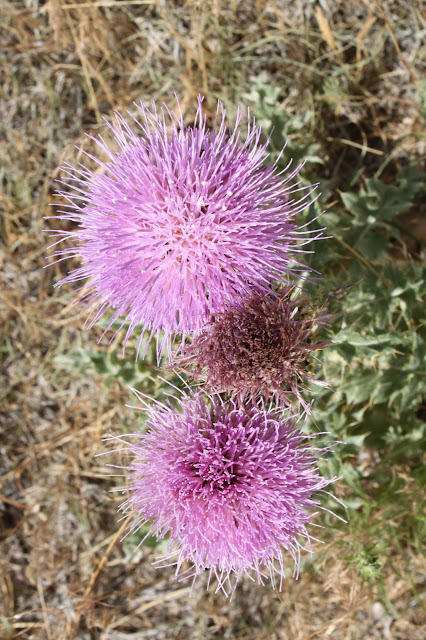 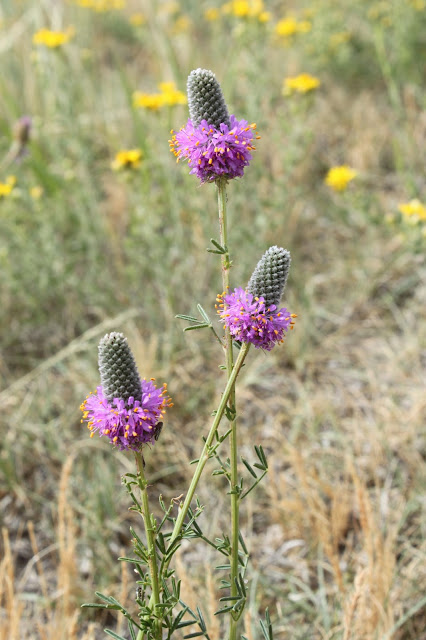 i won't catch all the wonder and beauty God provides for us to enjoy everyday. oh, but i want to catch more of it. 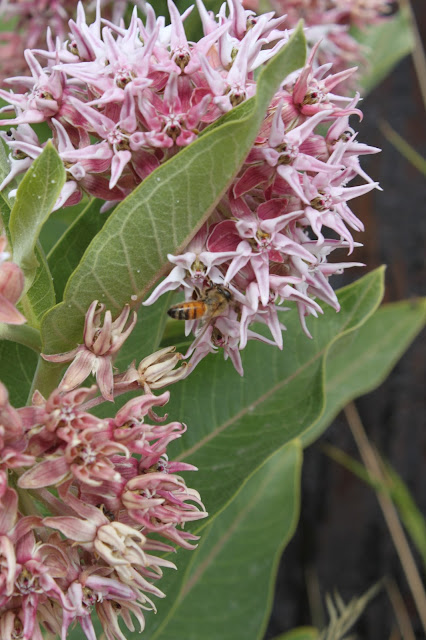 {love seeing the bees in action. what would we do without these awesome little guys.}
on the fourth, hopes to take the family to a local parade and fireworks fell through. the colorado fire bans canceled fireworks for good reason, and our small town parades growing up i discovered aren't so common in the big city community on the fourth.
one part of my fourth i am pleased i made time for was reading the declaration of independence. hillsdale college encouraged citizens to pledge to make the read this fourth so i did. it had been a long while since i had looked at the words of our nation's beginning. i was struck this holiday with the 28, if i counted right, bullets included of oppressive, abusive behaviors from the king of their homeland. they were hefty, bullying behaviors on the englanders, colonist, and yet, of course, many englanders chose to continue to live under such treatment (although i am sure many felt they had no other choice, though we always do), many of the homeland citizens were "deaf to the voice of justice and consanguinity [which is of blood relations]." the colonist state they humbly addressed their concerns with the king, but leadership only came back at them with more abuse, and so here the colonist representatives were resolved to completely separate from the abuse, the oppressive tyranny.
maybe it was the holiday. maybe it was taking this document in fully for the first time in a long time, but my eyes welled up at the last paragraph stating the colonists' resolve "appealing to the Supreme Judge of the world for the rectitude of [their] intentions" and concluding that for support of this declaration of separation from their homeland "with a firm reliance on the protection of Divine Providence, [they] mutually pledge to each other [their] lives, [their] fortunes, and [their] sacred honor," they were also stating their declaration of dependence on God and the citizens of this new nation.
it's a moving united stand against oppressive, self-indulged leadership and for responsible freedom. 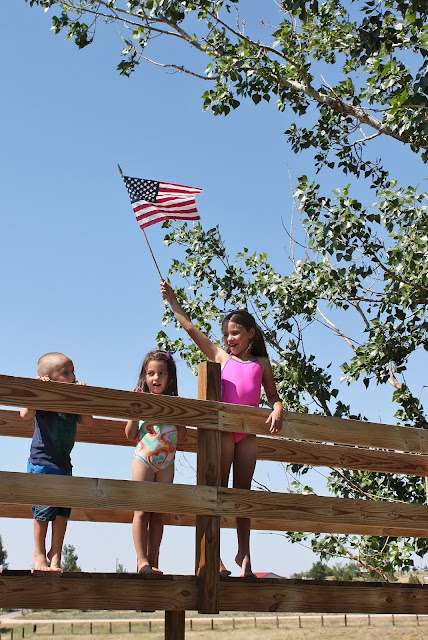 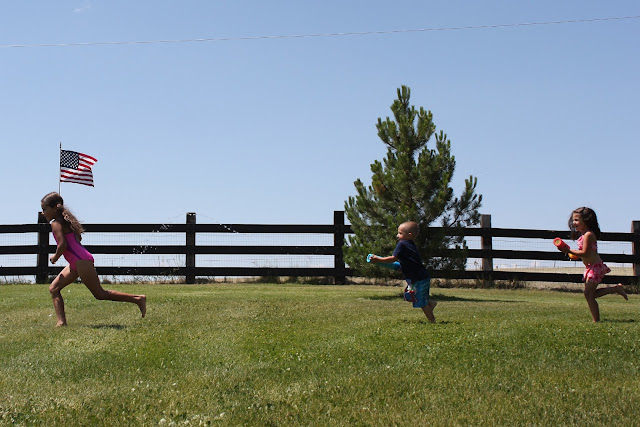 another favorite from our fourth was loading in the truck as a family and driving into the deep country roads southeast of us. 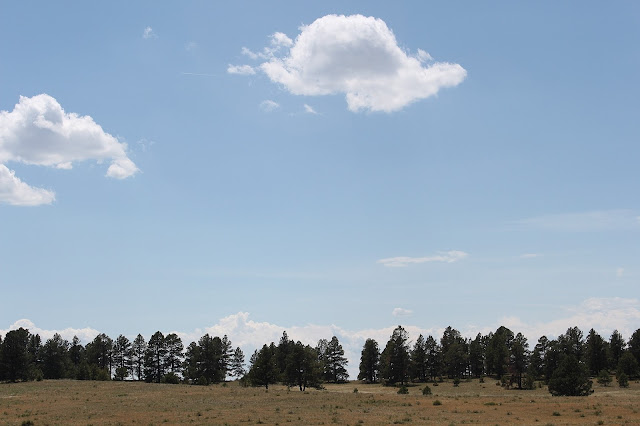 evergreens were in abundance, so were grazing cattle... 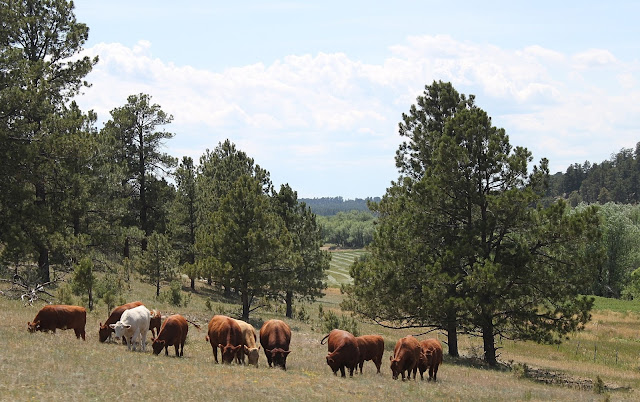 ...and images of years gone by. 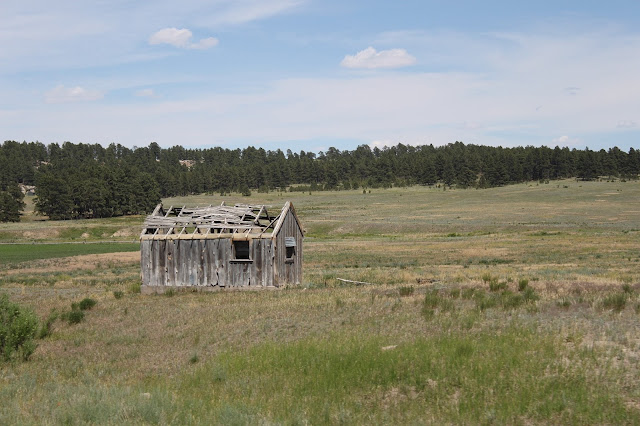 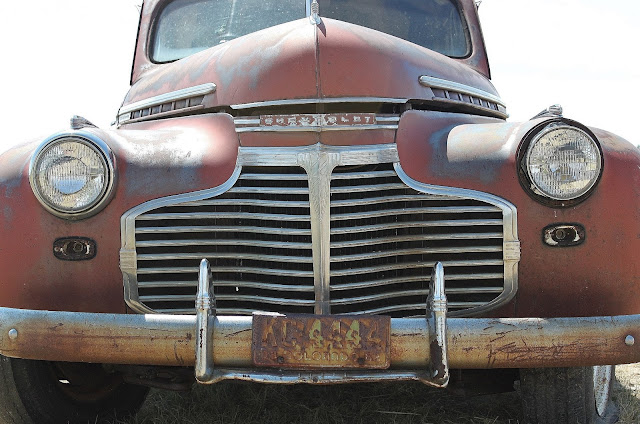 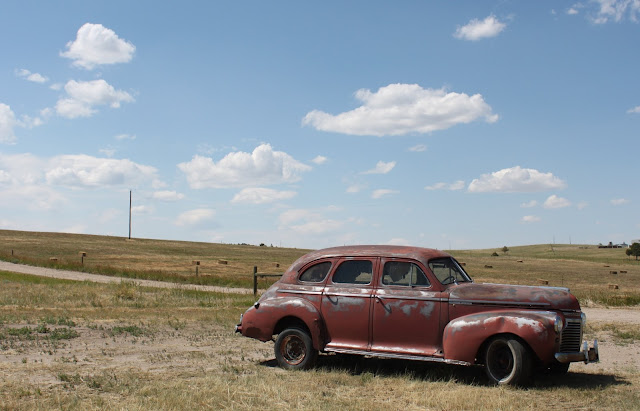 and the sight of american flag after american flag on display at farm lane entrances almost made up for not being able to take the kids to a local firework show. almost. 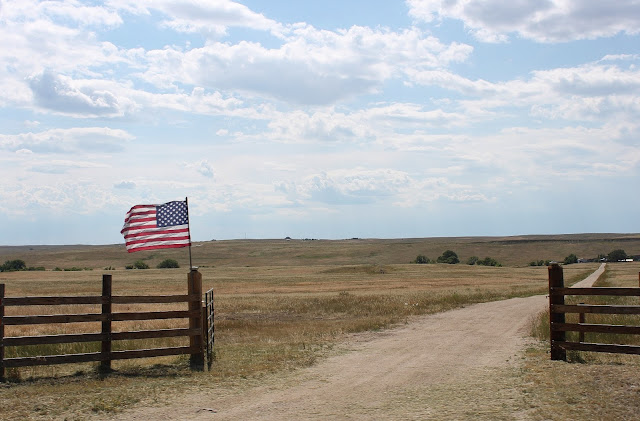 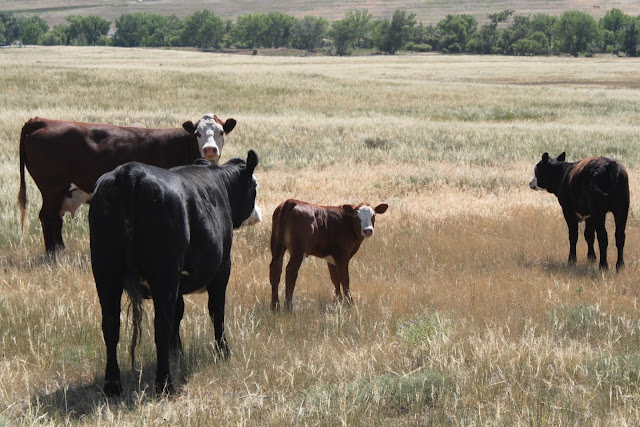